Back to view the Team 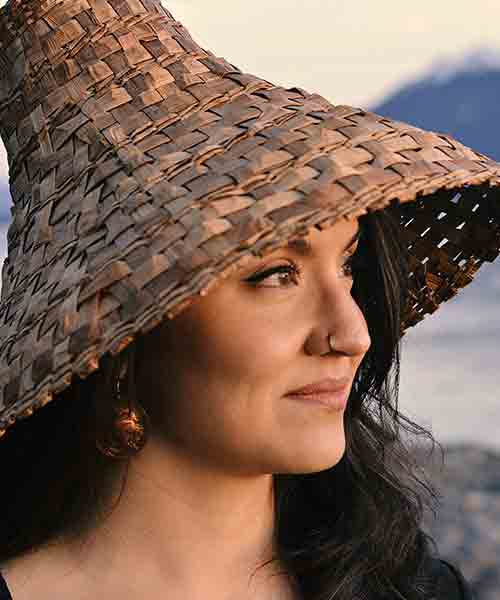 K’èdukà Jack was born a child of the Taku, and is daughter of Yvonne Jack, and grandchild of Evelyn Jack of the Yanyeidí Clan. She is a Taku River Tlingit, and was raised in a strong family that always empowered her to hold up the Tlingit values that were taught to her from birth.

Early on in her life she moved to Whitehorse to attend school, returning every other week to spend time on the land of her people. She spent most of her summers hunting and fishing at her families camps each year.

She began to search for her language from a young age, after her grandmother passed away. She remembers always knowing in her toowú, that it was essential, and was determined to raise her children in the Tlingit Language.

After many years of searching, she began to understand how effective the colonial genocide of her people’s language and traditions really was, and continues to be. For a long time, it seemed impossible that she would become a speaker, and she watched with growing despair as the numbers of knowledge keepers, and speakers born into the language dwindled.

In 2014 she was introduced to a way of learning that was specifically designed for endangered indigenous languages. Through this effective methodology, she found a way to not only learn Lingít, but teach it as well. Even at a beginner level she was able to provide learners around her with opportunities to learn and teach together. Most importantly, she was able to spread the hope that she felt when learning in this proven way.

Since that time, she has moved home to the Taku River Tlingit Territory, where she lives and works every day to revitalize the traditions and language of her people. She intends to raise her children in the language, and continues to dedicate her life energy to empowering those around her, and the generations to come.